BUSH'S DAUGHTERS are NOT REPUBLICAN 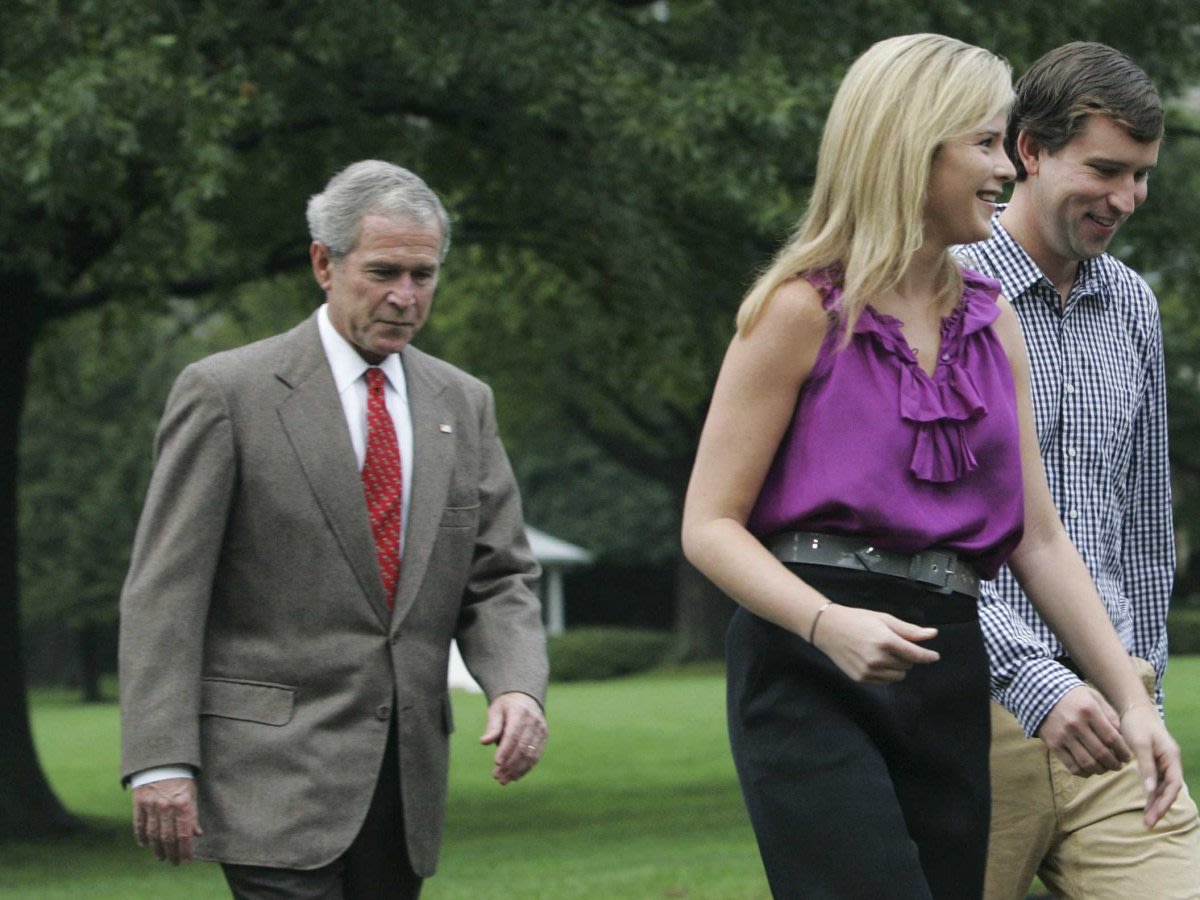 Jenna Bush Hager, the younger of the Bush twins, is registered to New York's Independence Party, according to a Daily News report Wednesday. The third party is much maligned in local politics for allegedly duping voters who meant to actually register as "independent."

A spokeswoman for the daughter told the paper that Hager, a correspondent for NBC News, confirmed she made a mistake when she registered.

"Jenna registered to vote in New York soon after her daughter was born, and like all new moms, she was functioning on very little sleep. She mistakenly registered for the Independence Party," said the spokeswoman.

The Daily News also reported that her twin sister, Barbara Pierce Bush, is registered to vote in Texas and is not affiliated with any political party.

The two Bush daughters' voter registrations don't come as a complete surprise, however. They told People magazine in 2010 that they didn't embrace the U.S. political parties.

"I don't really label myself as Republican or Democrat," said Bush.